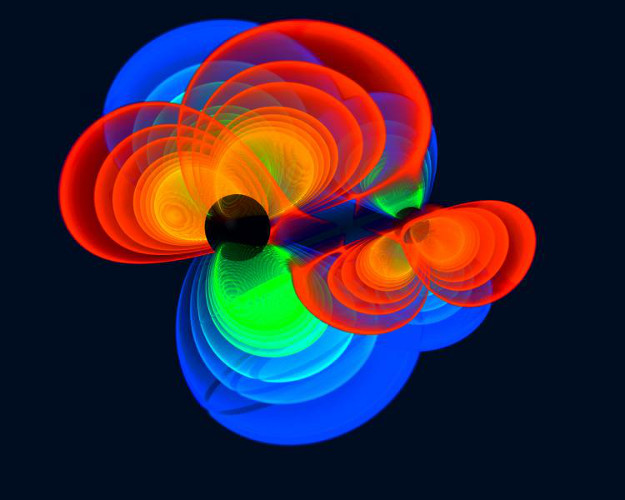 This image depicts two black holes that are spiralling around each other and that will eventually merge to form a new black hole. The colours represent quantities related to the gravitational waves emitted from the system.

The image was extracted from a numerical simulation investigating how the strength of the emitted gravitational waves depends on the spin of each of the black holes. The study revealed that the system can lose up to 10% of its mass in gravitational waves.

Merging black holes are among the most energetic events in the Universe, and are expected to be one of the strongest sources of gravitational waves.