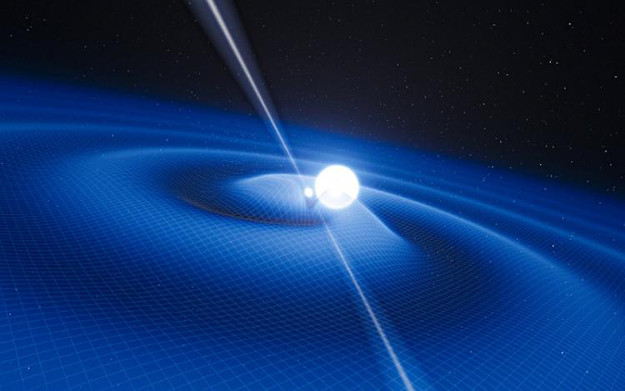 Artist’s impression of an exotic binary system consisting of two stellar remnants, a white dwarf and a pulsar, orbiting each other.

White dwarfs are the end phase in the life of low-mass stars. Pulsars are spinning, magnetised neutrons stars – the dead remnants of massive stars.

Binary systems of compact, dense objects such as white dwarfs, neutron stars and black holes are expected to be strong sources of gravitational waves.