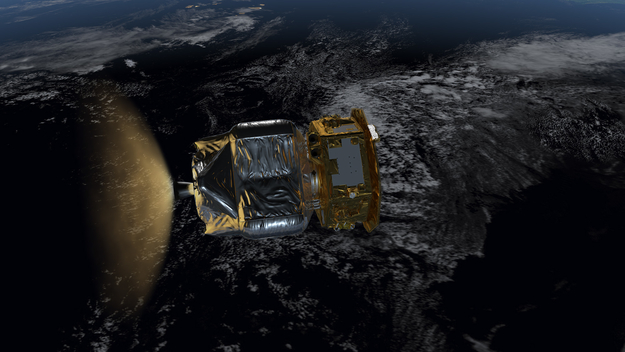 Artist's impression depicting LISA Pathfinder during one of the six apogee-raising manoeuvres, which are performed after LISA Pathfinder has been placed in an initial parking orbit around Earth by a Vega launcher.

The manoeuvres are powered by the spacecraft's propulsion module which is used to reach the mission's operational orbit around the first Sun-Earth Lagrangian point, L1. There, it will test key technologies for space-based observation of gravitational waves – ripples in the fabric of spacetime that are predicted by Albert Einstein's general theory of relativity.