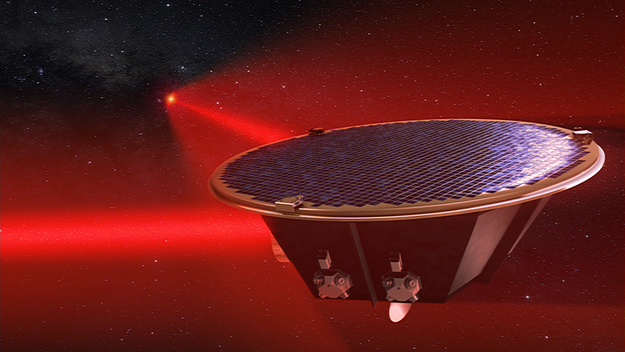 LISA is a space-based observatory of gravitational waves consisting of a constellation of three spacecraft, with launch planned for 2034. It is the third large mission (L3) in ESA's Cosmic Vision plan.

In the mission concept, six test masses will fly, two on each spacecraft. Each pair of test masses will be located at the end of the arm of a constellation, and will be linked to the others over millions of kilometres via lasers.