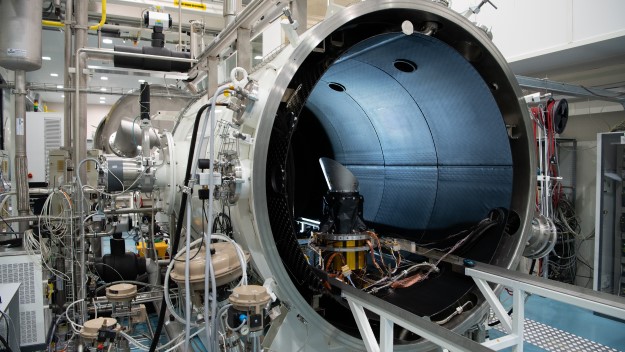 The Structural and Thermal Model (STM) of a PLATO camera is prepared inside the VTC-1.5 Space Simulator, at the ESTEC Test Centre in the Netherlands, for a series of thermal vacuum tests.

The STM camera is a near-replica of a flight model camera, except its lenses are not optically finished.

The payload for PLATO (PLAnetary Transits and Oscillations of stars) will comprise 26 of these cameras.