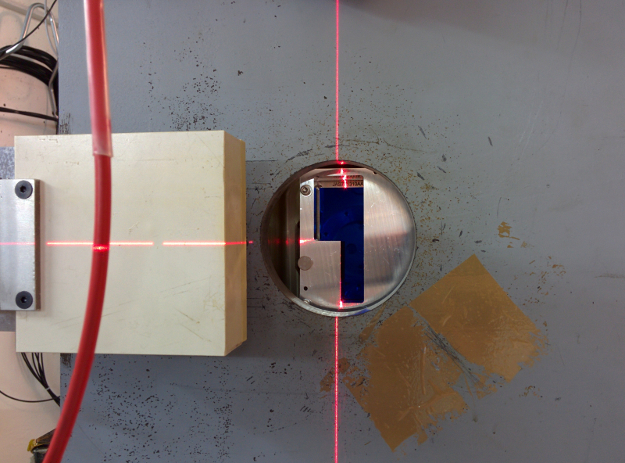 In space, satellites and the instruments they carry are constantly bombarded and degraded by highly energetic particles (radiation) emitted principally by the Sun.

When preparing a space science mission, it is critical in the early stages to understand the effects of radiation on the embedded electronics and sensors so that proper countermeasures can be designed to ensure the scientific performance of the mission is preserved.

In the context of the PLATO mission preparation, the Payload Technology Validation section is undertaking a large campaign of tests involving a complete opto-electronic characterization (dark current, charge transfer inefficiency, full well, linearity, etc.) before and after irradiation of several PLATO CCDs manufactured by e2v.

Two large format e2v CCD270 and two smaller CCD280 have been irradiated and characterized. The irradiation took place at the Cyclotron facility of Louvain-la-Neuve's University in Belgium, using 60 MeV protons with fluences representative of the mission end-of-life ranging from 3x1010 to 13x1010 (10 MeV equivalent) protons cm-2.

This picture shows one of the large format CCDs on the proton beam line before irradiation, during the alignment procedure.