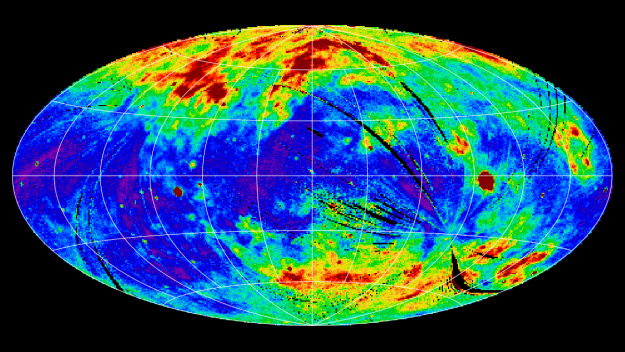 The entire sky in X-rays as viewed by the German-led ROSAT satellite. The survey was completed during the first half year of the ROSAT mission, between 1990 and 1991.

The strong striping of the data is an artifact of the contamination and is caused by several processes, with solar X-rays scattered by the residual atmosphere along the line of sight being a major contributor. The image is an Aitoff-Hammer equal-area projection in Galactic coordinates centred around the Galactic centre.

This emission is usually regarded as an unwanted contaminant by astrophysicists, but it provides an opportunity for plasma scientists, who have been analysing these data for many years, to investigate solar wind charge exchange events in the outer magnetosphere. These studies are now proving of value during preparations for the SMILE mission.

Cluster and XMM-Newton pave the way for SMILE