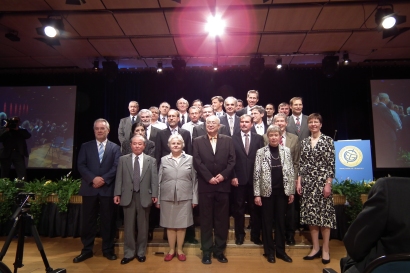 ESA scientist Dmitrij V. Titov was presented with the 2011 David Bates Medal during this ceremony.

ESA scientists honoured by the EGU in Vienna