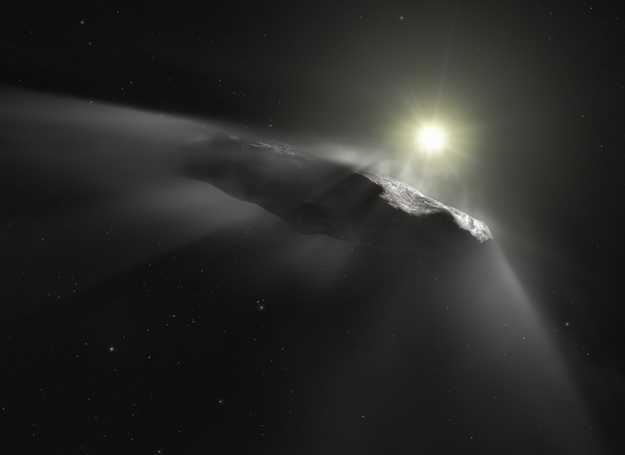 Observations since its discovery in 2017 show that the object is slightly deviating from the trajectory it would be following if it were only influenced by the gravity of the Sun and the planets. Researchers assume that venting material from its surface due to solar heating is responsible for this behaviour. This outgassing can be seen in this artist's impression as a subtle cloud being ejected from the side of the object facing the Sun.

Previously 'Oumuamua was classified as an asteroid, but the outgassing is more typical of comets.