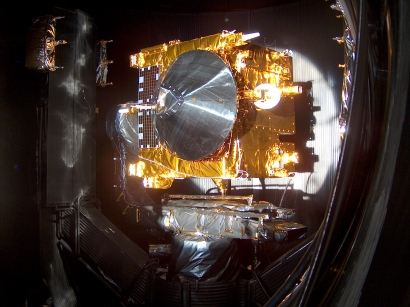 Photo of the Venus Express spacecraft in the SIMLES thermal vacuum chamber at Intespace in Toulouse. The photograph was taken during the final illumination tests, prior to closure of the chamber.

During the test, the Sun will be switched on at full power, representative of the Venus environment (2600 Wm-2). The test started on 20 March 2005 and will run up to early April.