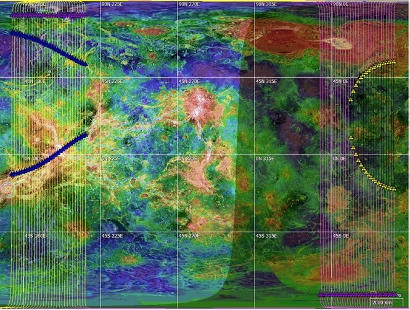 This figure shows coverage of Venus by orbital tracks during the reporting period from 27 May to 23 June 2012 (medium term plan (MTP) #80).

During this period, geometric conditions prevented the imaging of any surface features.