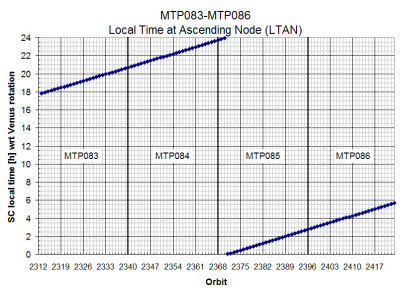 The Local Time at Ascending Node (LTAN) is the local time at which the spacecraft passes the Venusian equator on the ascending branch of its orbit. Values of 06:00 and 09:00 represent sun rise and sun set, respectively, and are on the terminator. LTAN values of 00:00 and 12:00 represent midnight and noon, respectively.