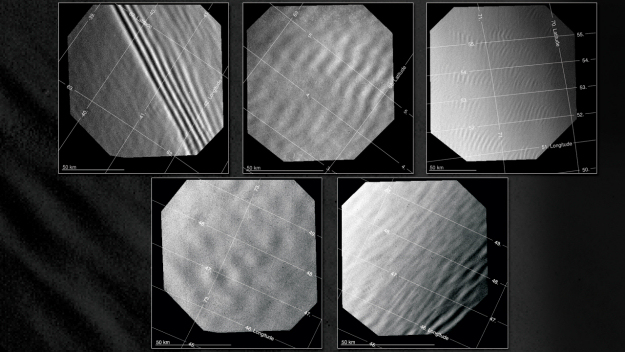 A study of gravity waves in the atmosphere of Venus has found four types of waves: long, medium, short and irregular. Identified in images obtained with the Venus Monitoring Camera they were mostly found at high latitudes (60-80 degrees N) in a region of high cloud known as 'the cold collar', and they were concentrated above the continent-sized highland of Ishtar Terra.

The detection of these waves and their association with a geological feature strengthens the case that topography is likely to be a significant influence on the atmospheric circulation of Venus.

The octagonal shape of the images is due to the VMC field of view.