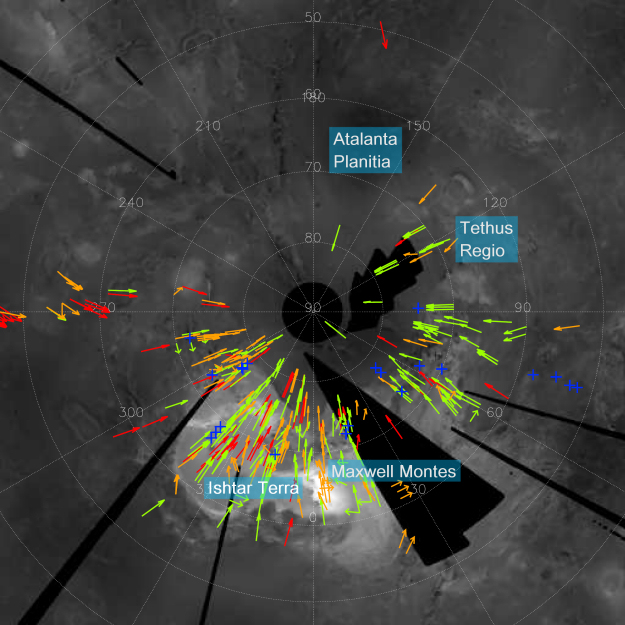 Observations made by instruments on ESA's Venus Express orbiter have revealed many small-scale wave trains. Analysis shows that the waves are mostly found at high northern latitudes, particularly above Ishtar Terra, a continent-sized region that includes the highest mountains on the planet.

The locations of four types of waves were identified: long (represented in red in this figure), medium (orange), short (green) and irregular (blue). Long waves appeared as narrow straight features extending more than a few hundreds of kilometres and with wavelengths (separation of crests) between 7 and 17 km. Medium type waves exhibited irregular wave fronts extending for more than 100 km and with wavelengths of 8 - 21 km. Short waves had a width of several tens of kilometres and extended to a few hundreds of kilometres, with wavelengths of 3 -16 km. Irregular wave fields appeared to be the result of wave interference.

The detection of these waves and their association with a geological feature strengthens the case that topography is likely to be a significant influence on the atmospheric circulation of Venus.