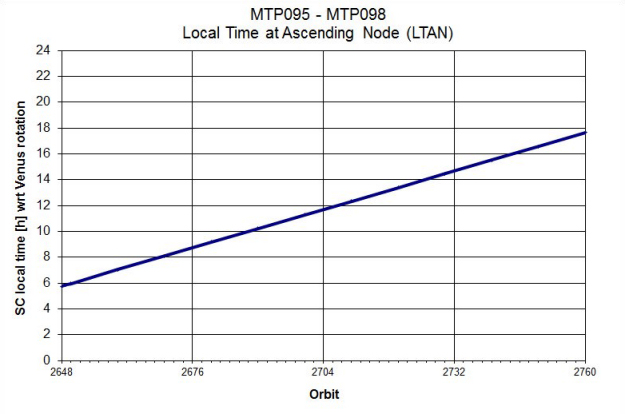 This figure shows the Local Time at Ascending Node (LTAN) during the period from 21 July to 9 November 2013, medium term plan (MTP) 95 through 98.