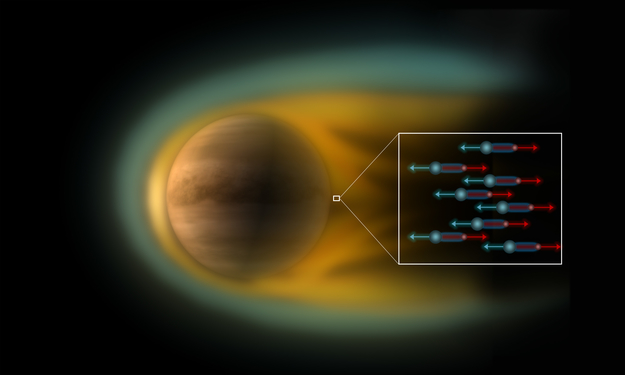 ESA's Venus Express has detected a surprisingly strong electric field at Venus – the first time this has been measured at any planet. With a potential of around 10 V, this is up to five times larger than scientists expected and it is sufficient to deplete Venus' upper atmosphere of oxygen, one of the components of water.

As the negative electrons drift upwards in the atmosphere and away into space, they are nevertheless still connected to the positive protons and ions via the electromagnetic force, and this results in an overall vertical electric field being created above the planet's atmosphere.

Venus Express has detected the electric field at Venus behind the terminator line, which divides the planet's day and night sides.

Venus has potential – but not for water