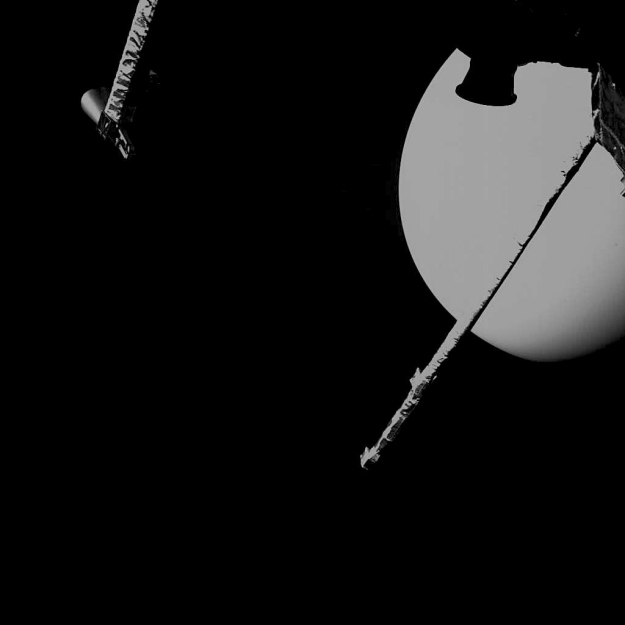 The joint European-Japanese BepiColombo mission captured this view of Venus on 15 October as the spacecraft passed the planet for a gravity assist manoeuvre.

The image was taken at 03:37 UTC by the Mercury Transfer Module’s Monitoring Camera 2, shortly before closest approach at 03:58 UTC. The medium-gain antenna of the Mercury Planetary Orbiter is visible at the top of the image, along with the magnetometer boom, which extends from the top right of the frame. At the time of the image being taken, the spacecraft was within 17 000 km from Venus.

The cameras provide black-and-white snapshots in 1024 × 1024 pixel resolution. The image has been lightly processed to enhance the brightness and contrast.