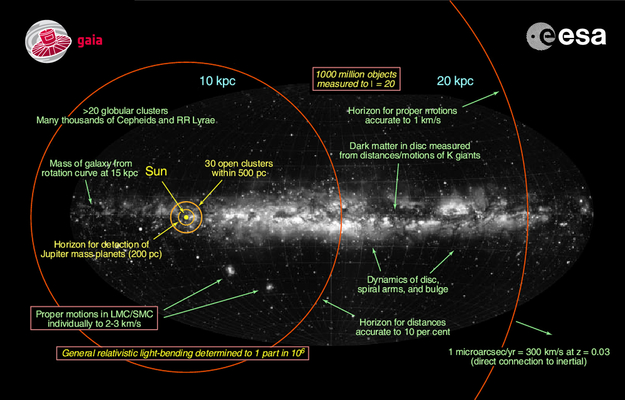 Gaia was adopted within the scientific programme of the European Space Agency (ESA) in October 2000. It aims to measure the positions of an extremely large number of stars with unprecedented accuracy. As a result, the distances and motions of the stars in our Galaxy will be determined with extraordinary precision, allowing astronomers to determine our Galaxy's three-dimensional structure, space velocities of its constituent stars and, from these data, further our understanding of our Galaxy's origin and evolution.

Note: The background to this schematic is the Lund sky map. This all-sky panoramic image was created under the direction of Knut Lundmark at Lund Observatory in the 1940s.