Members of the BOOSTEC and Astrium team with the Gaia torus

Members of the BOOSTEC and Astrium team with the Gaia torus 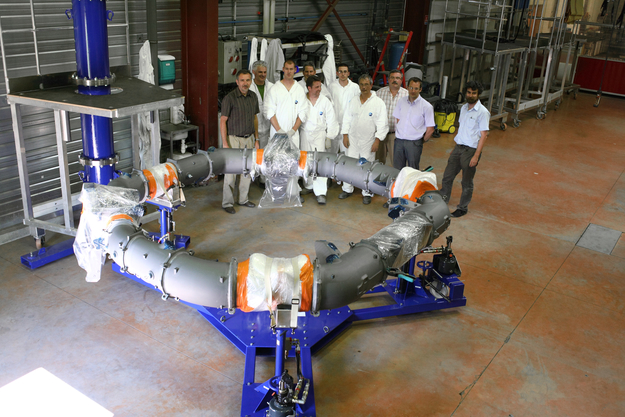 Pictured above are members of the BOOSTEC and Astrium team just after the torus removal from the brazing furnace.

The 3-metre diameter, quasi-octagonal torus, which will support the two Gaia telescopes and the focal plane assembly, is composed of 17 individual custom-built Silicon Carbide segments, all of which were constructed by BOOSTEC under contract to the Gaia prime contractor EADS Astrium.

Starting on 28 April 2009 the 17 custom-built elements were assembled and aligned into the form of the torus. The torus brazing took place from 24 – 29 June 2009. Following the successful completion of the brazing the torus will be delivered to EADS Astrium in Toulouse for assembly with the service module.