ESA Science & Technology - One element of the Gaia torus

One element of the Gaia torus

One element of the Gaia torus 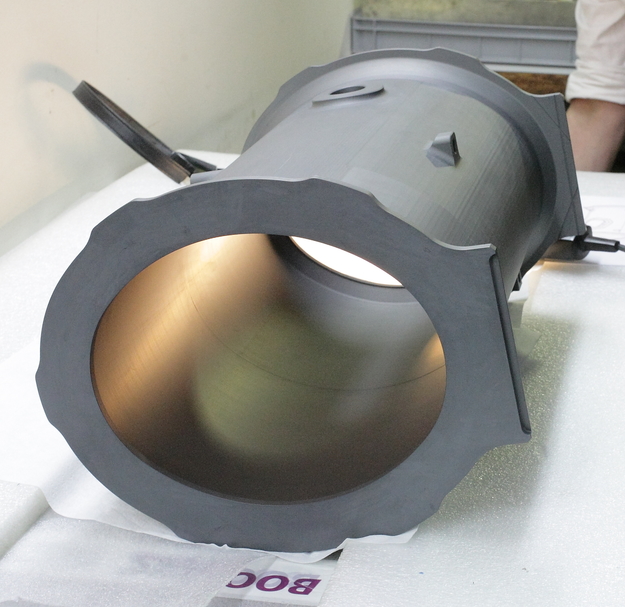 One of 17 individual elements that make up the Gaia torus.

Starting on 28 April 2009 the 17 custom-built elements were assembled and aligned into the form of the torus. In preparation for brazing a special braze paste is then applied at each of the torus segments interfaces. When heated above 1000 °C this paste melts and seals the joints by capillary action - the torus then becomes one complete unit.

All elements of the torus are constructed from Silicon Carbide (SiC), a ceramic material whose physical characteristics make it the material of choice for structures which must be both light-weight and robust. The low thermal expansion coefficient and high thermal conductivity of SiC mean that it is a very stable material which can quickly dissipate thermal gradients, and with a Young's Modulus of about 420 GPa it is twice as stiff as steel. These are essential properties for the key hardware components of a mission whose scientific goals include obtaining microarcsecond astrometry of 1 billion celestial objects.

The individual segments of the torus were built by BOOSTEC, a subcontractor to the Gaia prime contractor EADS Astrium. BOOSTEC also performed the brazing of the torus.