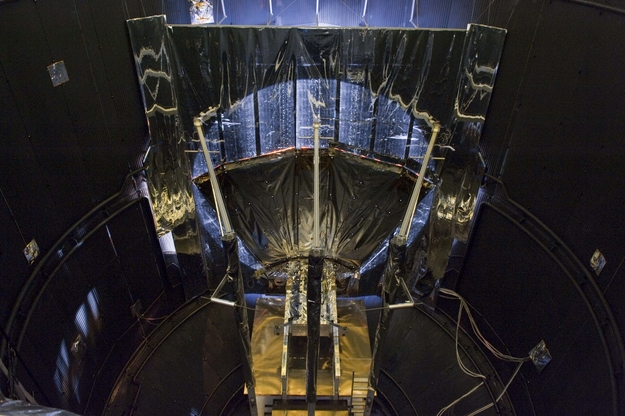 This overhead view of the test set-up in the LSS main vacuum chamber shows the QM sunshield in deployed configuration during the test preparations.

This picture was taken during the test preparations, when the light tightness of the mask was verified before the start of the actual TV/TB test. The blue circle on the mask is from the Sun simulator light beam entering through the round opening in the chamber behind the mask.