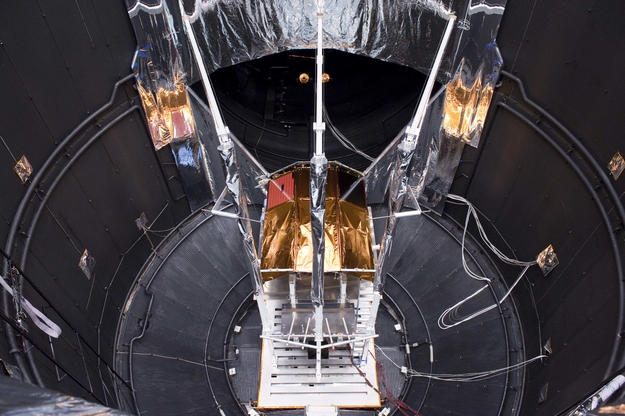 This overhead view of the test set-up in the LSS main vacuum chamber shows the QM sunshield in stowed configuration during the test preparations. The gold-coloured foil is the Sun-side MLI blanket of the sunshield.