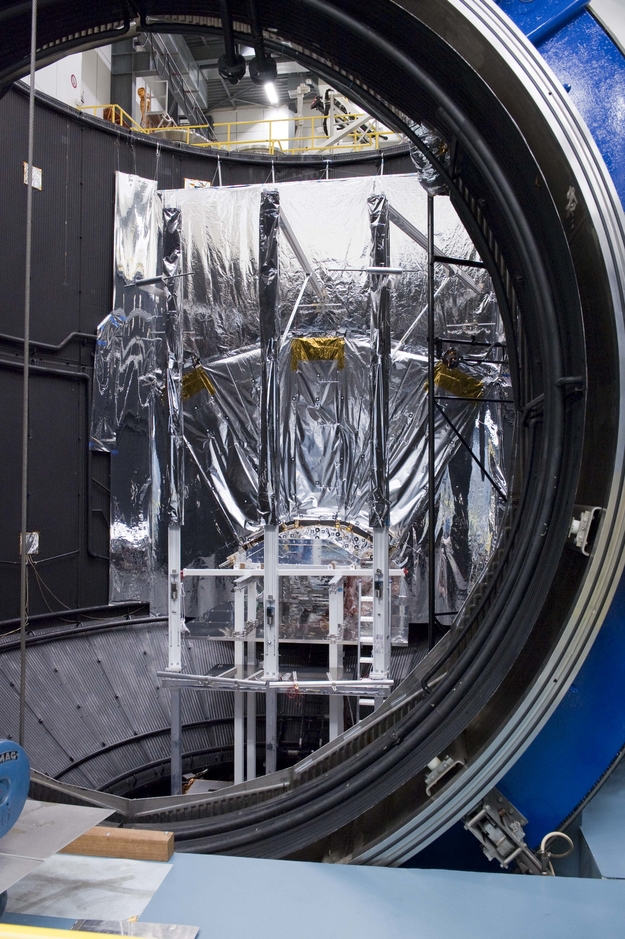 This view of the test set-up in the LSS main vacuum chamber, taken though the chamber door, shows the QM sunshield in fully deployed configuration during the preparations for the TV/TB test.

Also visible are the three masts of the zero-g kit (used to simulate weightlessness) that stand in front of the assembly, with the three rectangular panels of the QM sunshield each attached to a pulley and counterweight system on the masts.