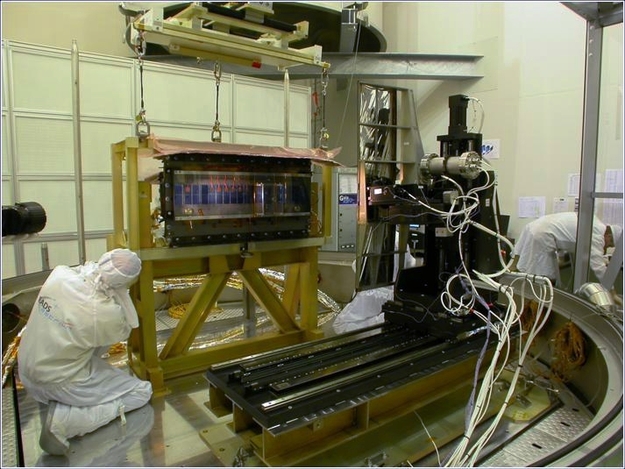 In October 2010, the FPA EM underwent a series of electrical and functional tests that demonstrated that it is functionally fit for flight.

In the photograph, the FPA EM can be seen attached to a support structure and fitted with two rows of 16 CCDs; the flight model will have 7 CCD rows and a total of 106 CCDs. The orange pads seen on several of the CCDs on the top row are small heaters that were used for the thermal testing.

As part of the functional tests an optical image of a star pattern was passed across the lower row of CCDs. This was accomplished using the optical ground support equipment (in front of the FPA EM) that included a light source on rails.