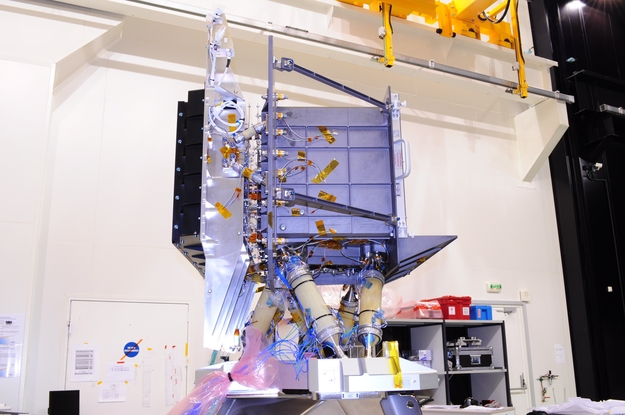 This photograph shows a side view of the Gaia focal plane assembly (FPA) structural model (SM) in the cleanroom at INTESPACE, Toulouse, France.

In October 2010, the FPA SM underwent a series of mechanical tests, that demonstrated that it is structurally fit for flight.

In the photograph, the large silver-coloured panel (on the left) is a radiator used for passive cooling of the FPA electronics (black) that are housed behind the focal plane.

The focal plane is inside the box-shaped radiator to the right.

The yellow 'tubes' underneath the FPA are the FPA support struts that are used to mount the FPA on the Gaia torus.