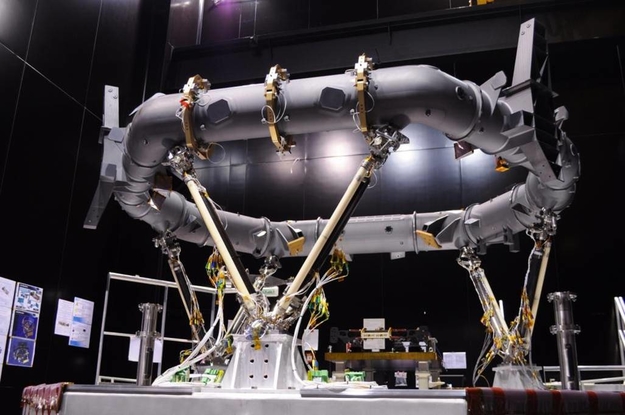 The torus – actually the entire Payload Module - is supported on top of the Service Module by three pairs of bipods. Each pair of bipods consist of four struts: two launch struts (black bars in the picture), which are released in orbit, and two in-orbit struts (yellow in the picture). This design minimises the thermal coupling between the Service and Payload Modules, which is of critical importance for the stability of the basic angle of the telescope.
21-Jan-2021 23:57 UT