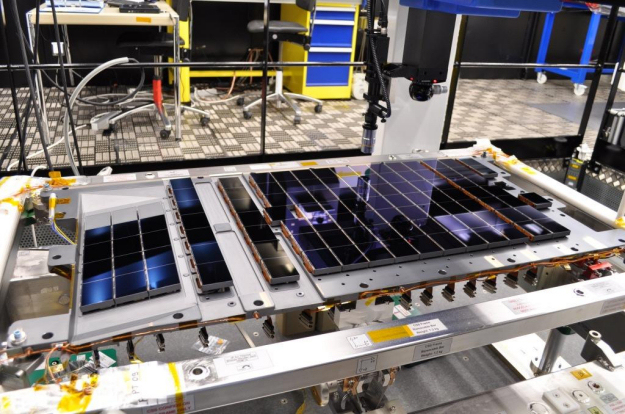 This photo, taken at the Astrium France facility in Toulouse, shows the complete set of 106 CCDs that make up Gaia's focal plane. The CCDs are bolted to the CCD support structure (CSS). The CSS (the grey plate underneath the CCDs in this photo) weighs about 20 kg and is made of silicon carbide (SiC), a material that provides remarkable thermal and mechanical stability. The focal plane measures 1 × 0.5 metres.

Gaia's CCDs are provided by e2v Technologies of Chelmsford, UK. Each CCD measures 6 × 4.7 cm, with a thickness of only a few tens of microns. Precisely fitted together on the CSS, the gap between adjacent CCD packages is about 1 millimetre.

From left to right in this photo, distinct areas on the focal plane can be seen: