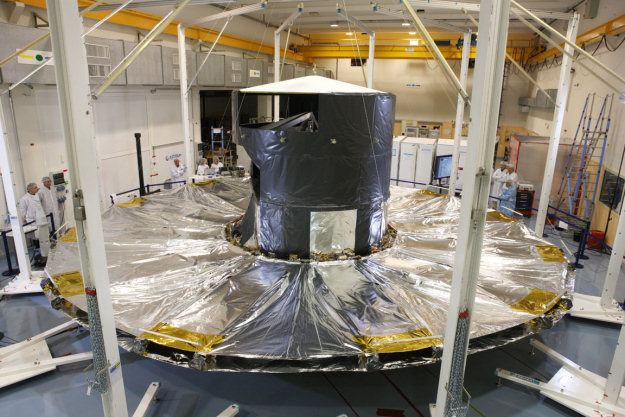 Gaia Deployable Sunshield Assembly (DSA) fully deployed at Astrium Toulouse. Since the DSA will operate in microgravity, it is not designed to support its own weight in the one-g environment at Earth's surface. During deployment testing, the DSA panels are attached to a system of support cables and counterweights that bears their weight, preventing damage and providing a realistic test environment. The flight model thermal tent is visible and the mechanically representative dummy payload can be seen through the aperture in the tent. Below the thermal tent, the flight model service module is visible.
View »
8-Aug-2022 09:28 UT