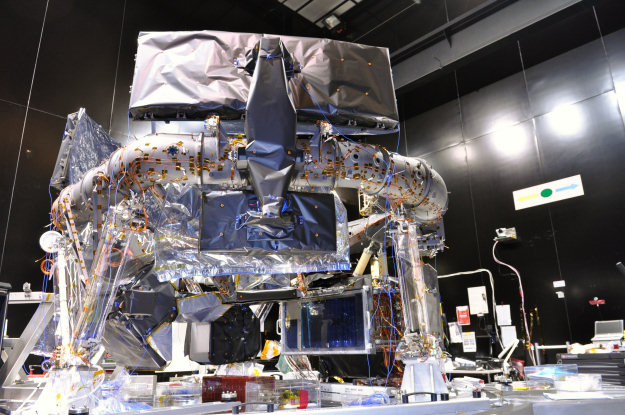 Gaia Protoflight Payload Module during integration. Some of the Multi-Layer Insulation (MLI) has yet to be installed. Nearest to the camera, the rear of one of the primary mirrors and one of the tertiary mirrors are visible, both covered with MLI. The blue wiring visible on the optical bench, or torus, connects the accelerometers needed for vibration testing, while the gold-coloured wiring connects the flight temperature sensors/heaters - which will also be used during for the thermal balance/thermal vacuum testing - to external data recorders.