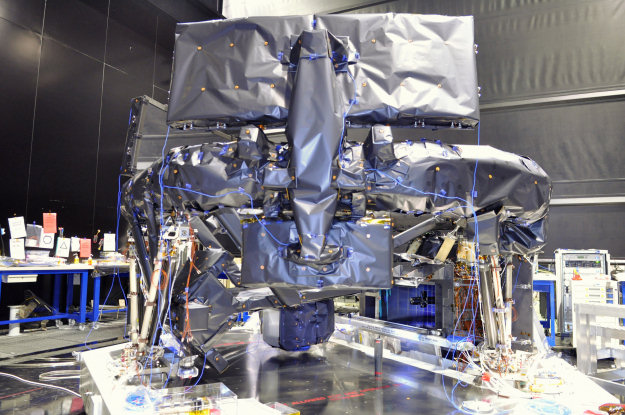 Fully-integrated Gaia Protoflight Payload Module with all the Multi-Layer Insulation (MLI) installed, with the exception of the covering for the bipods. The optical bench is now shrouded with MLI. Nearest to the camera, the rear of one of the primary mirrors and one of the tertiary mirrors are visible. Beneath the tertiary (smaller) mirror, the Radial Velocity Spectrometer (RVS) can be seen. To the right of the RVS is the Focal Plane Assembly (FPA) with its Charge-Coupled Device (CCD) sensors (blue). The focal plane array, with 106 CCDs, a total of almost 1 Gigapixels, is the largest ever developed.