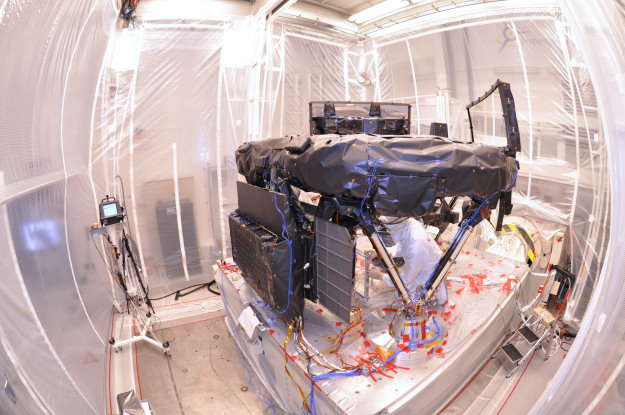 Qualification level vibration testing of the PLM was performed in June 2011, with many components represented by mass dummies. With all flight model components installed, the PLM was tested again, at lower excitation levels, to verify the integrity of the completed system. For acceptance testing, the PLM was subjected to swept-sinusoidal excitation along its Y and Z axes (both horizontal in this configuration).

The PLM is surrounded by a plastic tent to prevent contamination. An Astrium test engineer is shown removing protective covering from the focal plane assembly prior to the vibration tests.