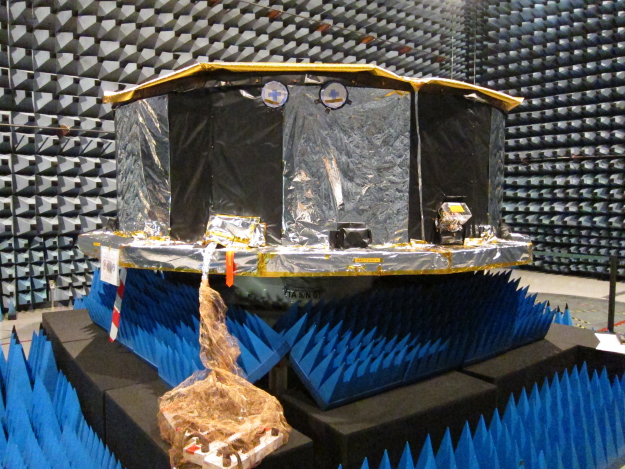 Some of Gaia's subsystems, including the battery and power unit, the central computer and the radio receiver, will have to be operational on the launch pad and during the launch phase of the mission. The launch authority has to be sure that any electromagnetic signals emitted by these systems will not interfere with the operation of the launch vehicle.

Since only Service Module (SVM) systems will be operational during launch and the Payload Module (PLM) will be inactive, launcher compatibility testing was conducted with the SVM alone.