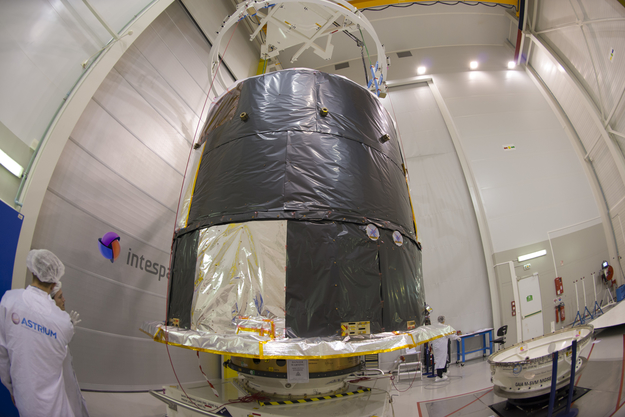 The Gaia Flight Model spacecraft in its vertical lifting cradle at the facilities of Intespace in Toulouse, France, being lifted from the weighing scale onto the equipment used to measure the position of the spacecraft centre of gravity along the Y- and Z-axes (both horizontal in this configuration). The equipment interface is visible on the right.