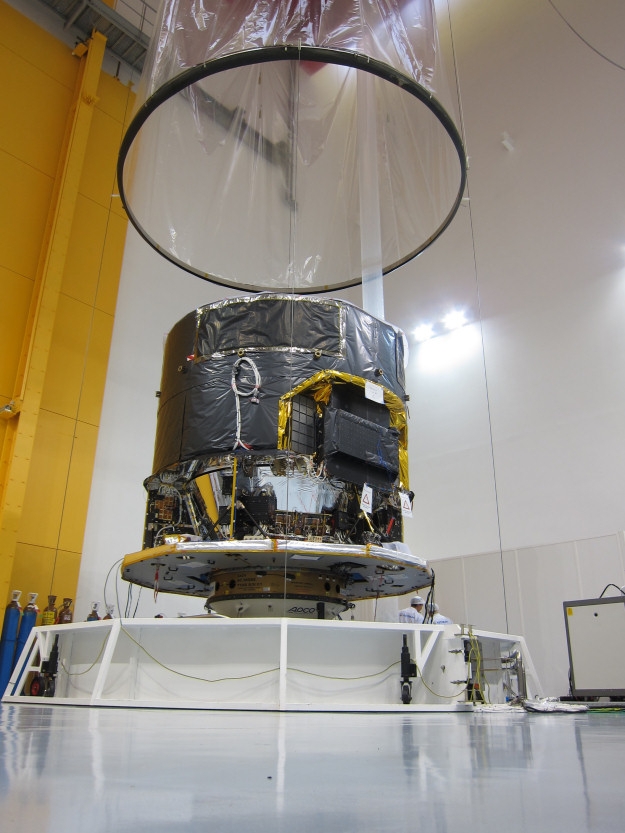 The Gaia Flight Model (FM) spacecraft being prepared for leak testing. The propellants used for Gaia's propulsion systems are both highly toxic and corrosive, so it is important both for the correct operation of the mission and for the safety of the ground processing personnel during fuelling and subsequent ground operations that there are no leaks in the systems. To verify this, the Gaia FM spacecraft was enclosed in a plastic envelope and the propulsion systems were pressurised with helium. A mass spectrometer was used to detect changes in the concentration of helium inside the envelope once pressurisation had occurred. Any rise above the baseline level of helium present in the atmosphere would have indicated a leak. No leaks were detected.