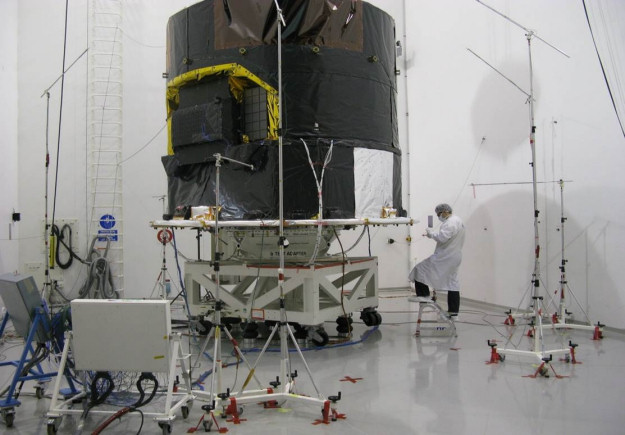 The Gaia Flight Model spacecraft being prepared for acoustic testing. Gaia was placed in the acoustic test chamber at the premises of Intespace in Toulouse, France, and subjected to a simulation of the acoustic environment it will experience during launch. The extreme acoustic levels during launch are due mainly to the noise of the launcher's engines, with a smaller contribution from the airflow over the fairing during the climb through Earth's atmosphere at supersonic speeds.