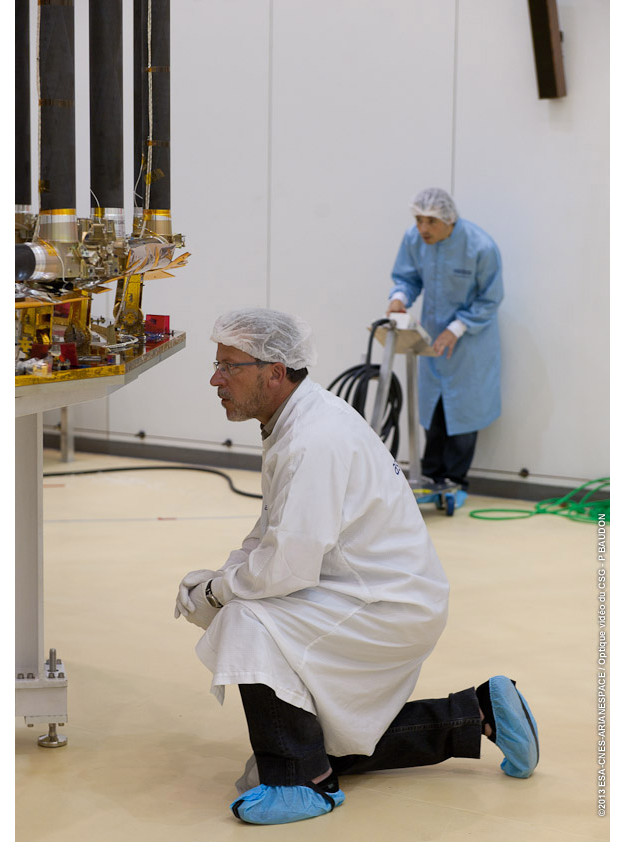 Engineers from SENER and Astrium receive and inspect Gaia's Deployable Sunshield Assembly (DSA) in the S1C cleanroom at the Centre Spatial Guyanais in Kourou, French Guiana.

The DSA arrived at Félix Eboué airport on 28 August 2013, having flown on an Antonov transport plane from Toulouse Blagnac airport. Prior to transport, the multi-layer insulation (MLI) of the DSA had been removed for inspection and storage.

The long (dark grey) poles or "arms", seen in this photograph, are the skeleton of the DSA. Once inspected and installed on the Gaia spacecraft, they will be covered in MLI to provide the thermal shield.