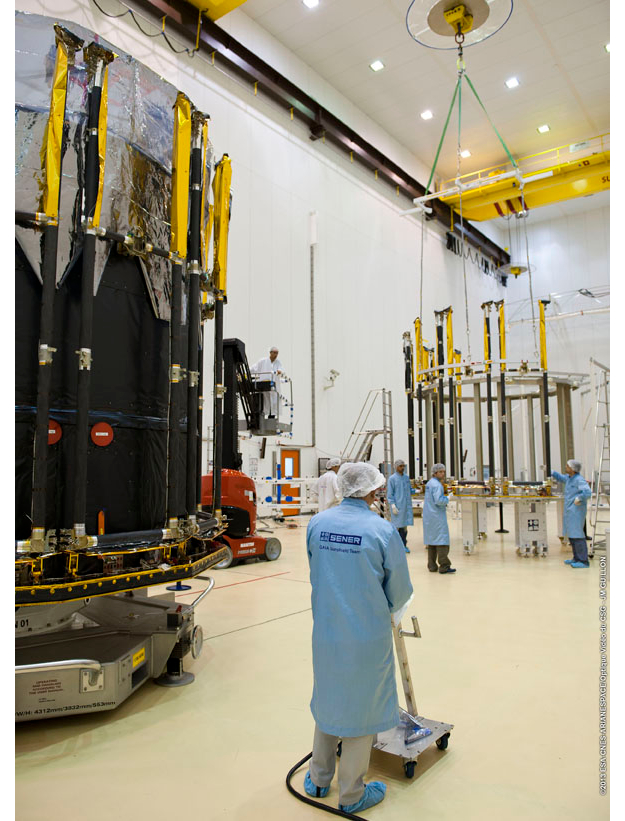 Engineers from SENER and Astrium prepare to install the Deployable Sunshield Assembly (DSA) onto Gaia in the S1B cleanroom at the Centre Spatial Guyanais in Kourou, French Guiana.

The Gaia spacecraft  (seen here on the left) was flown on an Antonov transport plane from Toulouse Blagnac airport in France to Félix Eboué airport in French Guiana on 23 August 2013. The DSA (on the right) arrived five days later.

The long (dark grey) poles or “arms”, seen in this photograph, are part of the skeleton of the DSA. This structure is made up of 12 frames of carbon fibre tubes, split into 4 quarters of 3 frames each. Each quarter has to be lifted with an overhead crane from its transport frame, smoothly placed on the spacecraft, and carefully aligned before it is fastened in its final position. This photo shows one of the quarters being moved.