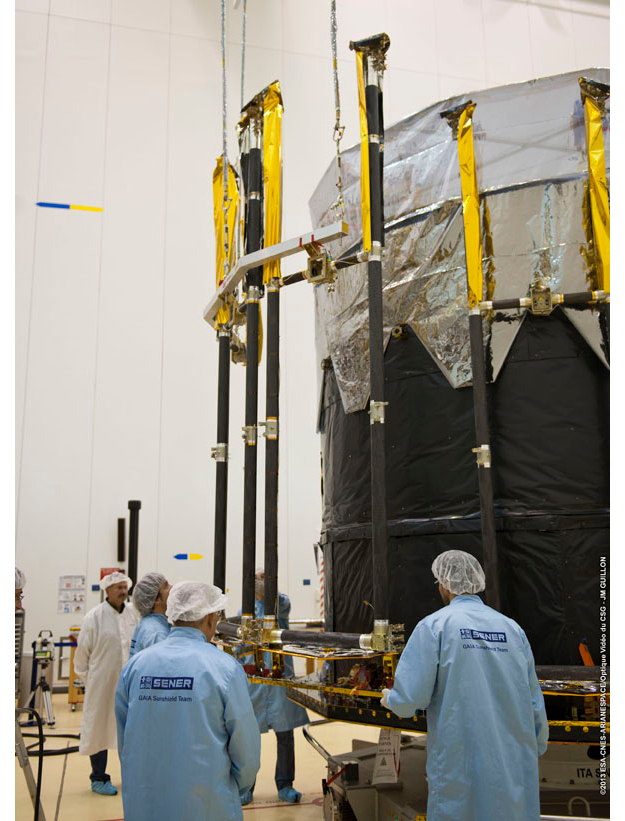 The long (dark grey) poles or "arms", seen in this photograph, are part of the skeleton of the DSA. This structure is made up of 12 frames of carbon fibre tubes, split into 4 quarters of 3 frames each. Each quarter has to be lifted with an overhead crane from its transport frame, smoothly placed on the spacecraft, and carefully aligned before it is fastened in its final position. This photo shows one of the quarters being manoeuvred into place.