Gaia spacecraft with deployable sunshield array, at the launch site in Kourou

Gaia spacecraft with deployable sunshield array, at the launch site in Kourou 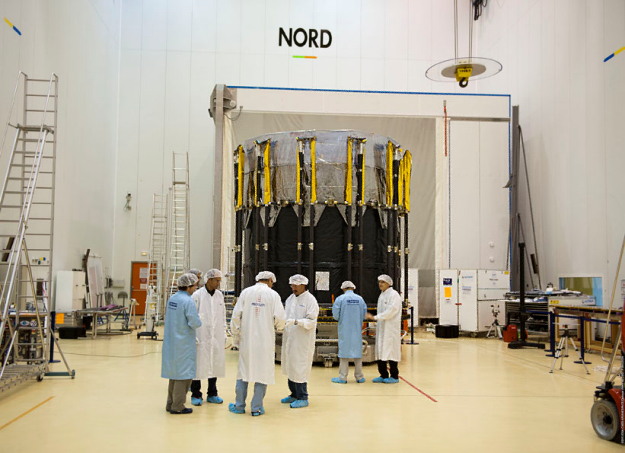 In Kourou, the DSA framework is installed on the spacecraft, covered in multi-layer insulation and the solar panels attached. Once the DSA deployment mechanism has been tested the DSA will be stowed against the spacecraft body in the flight configuration.