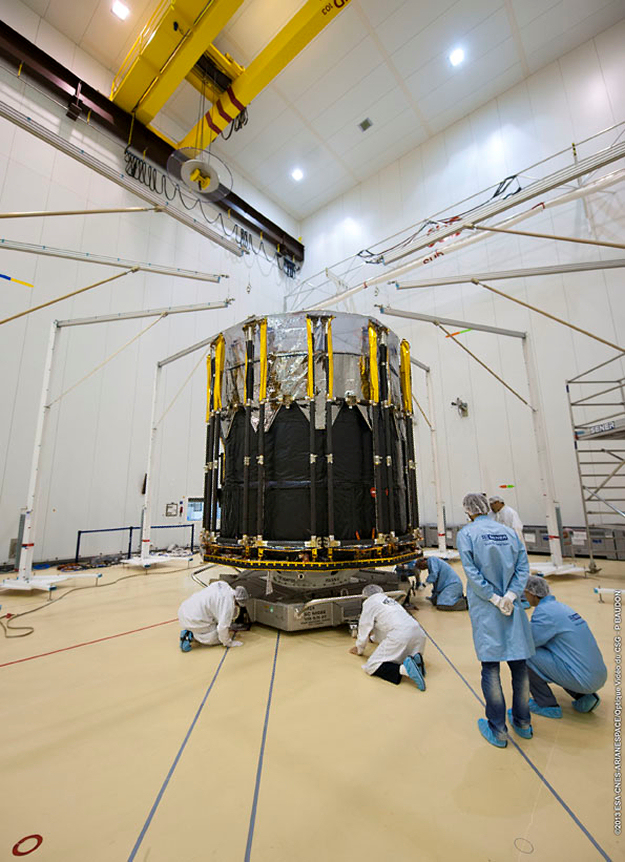 The white framework structure is a gravity compensation system, used for testing the deployment of the ‘reconstructed’ DSA. This system involves hanging the frames of the DSA from a cable guided through pulleys along metallic beams to a system of counterweights placed around the spacecraft. This partly simulates the environment in which the DSA will deploy in space and it protects the DSA during the deployment test.