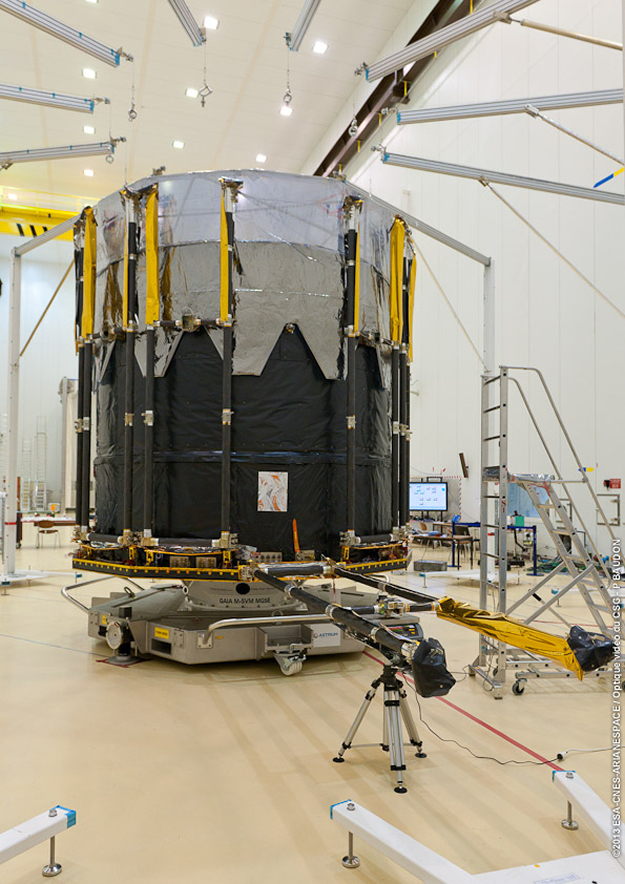 The Gaia Deployable Sunshield Assembly (DSA), at the S1B cleanroom at Kourou in French Guiana. Once the long poles or "arms" that are the skeleton of the DSA have been inspected, they will be covered in multi layer insulation (MLI) to provide the thermal shield.