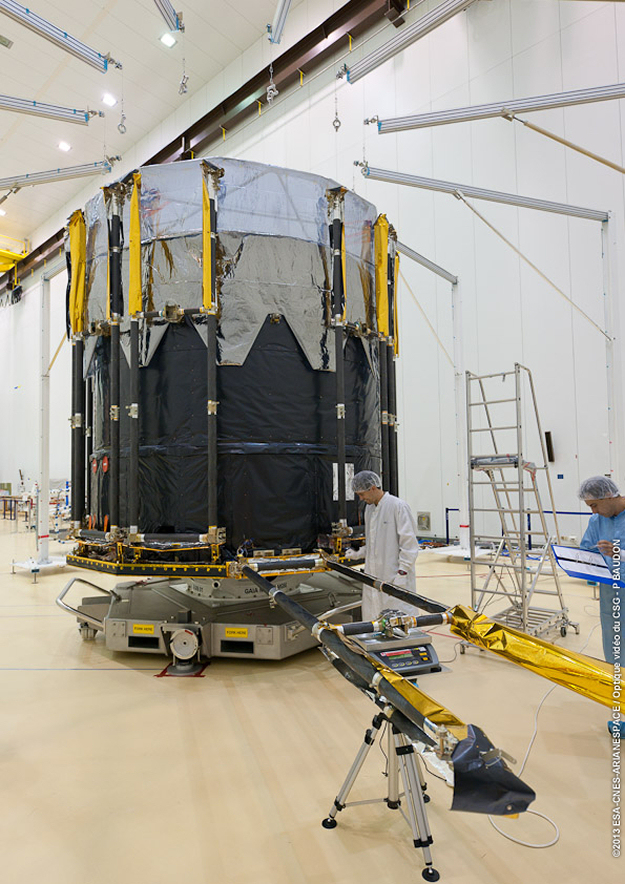 Engineers from SENER and Astrium inspect the alignment and movement of the long poles or "arms" that are the skeleton of the Deployable Sunshield Assembly (DSA), at the S1B cleanroom at Kourou in French Guiana. Once inspected, they will be covered in multi-layer insulation (MLI) to provide the thermal shield.

Before adding the thermal blankets, the frames are deployed one by one, and a laser tracker is used to measure the position of several points on each frame to check that once deployed they will all form a perfectly flat plane. In this photograph, engineers from Astrium are performing laser tracking measurements.