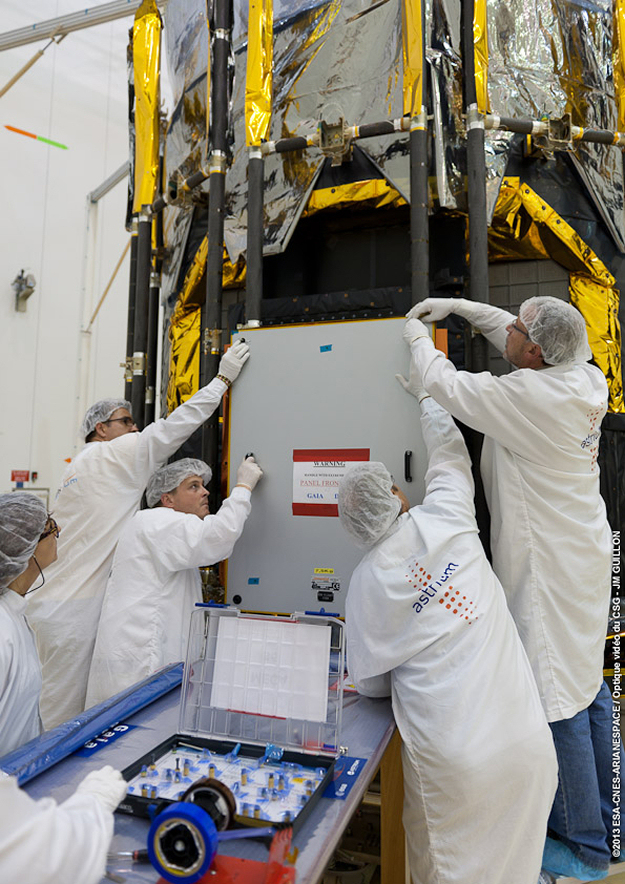 In addition, the DSA also carries some solar array panels to provide power for subsystems on the spacecraft. During the preparation of the DSA, a cover on each panel protects the delicate solar cells.