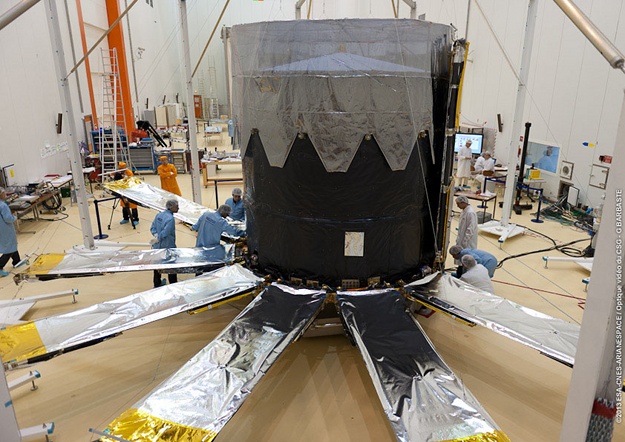 Prior to transport, the multi-layer insulation (MLI) of the DSA had been removed for inspection and storage. Once in Kourou, the DSA had to be 'reconstructed' by installing the MLI and solar panels (some seen here with protective covers in place) on the framework, and tested.