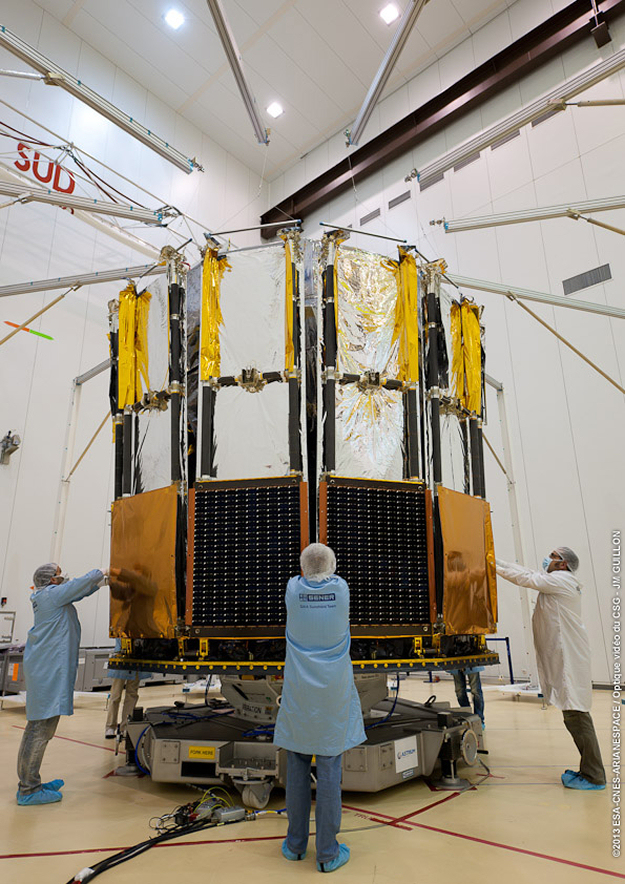 Engineers from SENER and Astrium stow Gaia’s Deployable Sunshield Assembly (DSA) against the spacecraft, in the S1B cleanroom at the Centre Spatial Guyanais in Kourou, French Guiana.

The DSA is stowed for launch and is deployed an hour later. Part of the testing at Kourou involved checking the deployment mechanisms. To partly simulate the conditions under which the deployment would take place, and to protect the DSA, the tests were carried out with a gravity compensation system. This system involves hanging each frame from a cable guided through pulleys along metallic beams to a system of counterweights placed around the spacecraft.