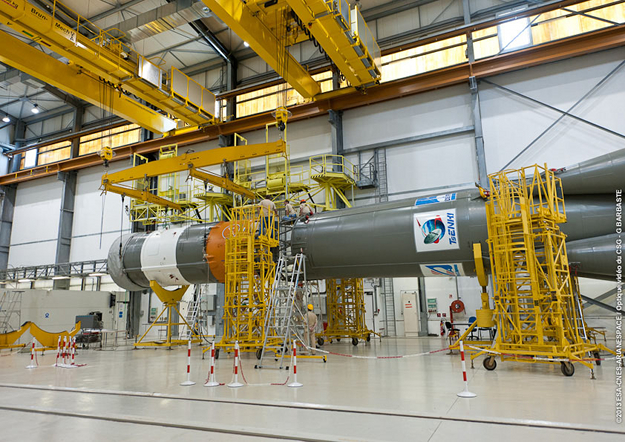 On 19 December, ESA's Gaia satellite will be launched on Soyuz Flight VS06 from the European spaceport in French Guiana.

Pictured here is the Soyuz launch vehicle's Block I third stage being mated to the launcher in the MIK integration building. This building, used for horizontal assembly of the rocket and located 700 metres from the pad, is equipped with two traveling cranes for handling launcher segments, along with a rail system for the movement and integration of the stages.

Once the integrated launcher has been checked it will be transferred to the launch pad where the Gaia satellite and the Fregat upper stage will be installed.