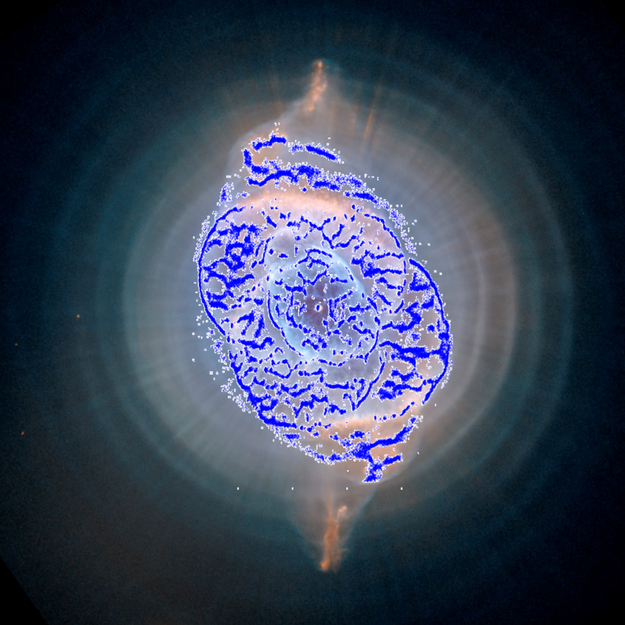 The planetary nebula known as Cat's Eye Nebula or NGC 6543, as observed with the Hubble Space Telescope (background image) and with ESA's Gaia satellite (blue points). It is located some 3000 light-years from us.

Planetary nebulae are formed when the outer layers of an aging low-mass star are ejected and interact with the surrounding interstellar medium, leaving behind a compact white dwarf.

Between July and August 2014, as Gaia performed many subsequent observations of a few patches of the sky close to the ecliptic poles, the satellite made over 200 observations of the Cat's Eye Nebula, located close to the north ecliptic pole. While doing so, Gaia registered over 84 000 detections that accurately trace out the intricate gaseous filaments that such objects are famous for.