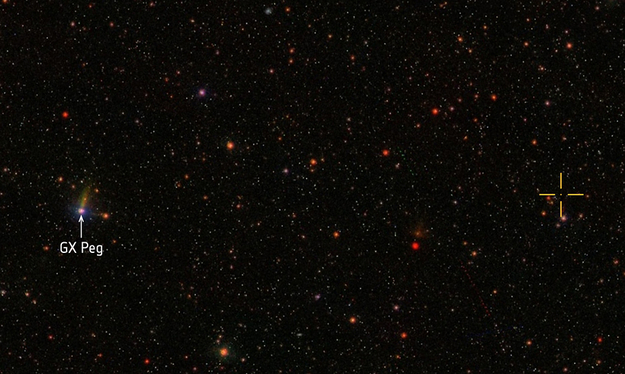 In October 2016, asteroid Gaia-606 was detected as a faint, moving source in Gaia data. Follow-up ground-based observations confirmed this to be an asteroid, now renamed 2016 UV56.

The asteroid was found in the constellation of Pegasus. In this context image, from the Sloan Digital Sky Survey, the bright star on the left of the frame is GX Peg, a star of G magnitude 6.3. In the Gaia Data Release 1 catalogue GX Peg has source id: 1882432626229703680.

The separation between GX Peg and the star next to the asteroid, indicated by the crosshairs, is 1.78°.