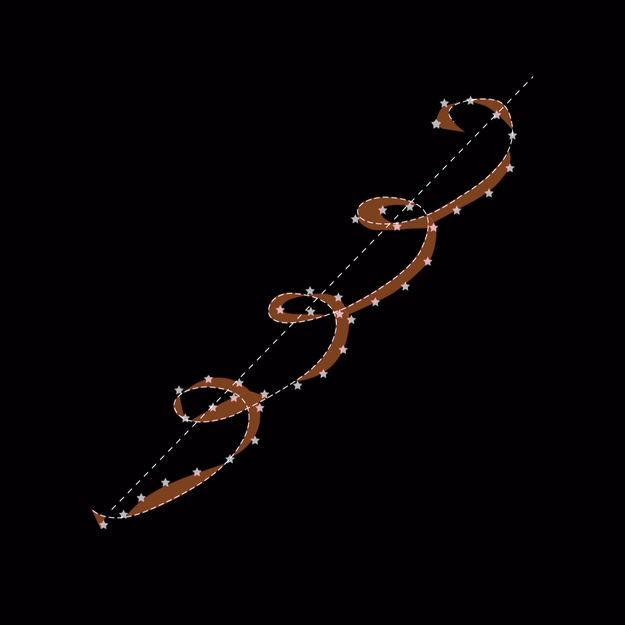 The observed path across the sky, over four years, of a star that is orbited by a planet.

As is the case for all stars, there are two main components to this motion: a linear path across the sky caused by the star's motion through the Galaxy, and a series of oscillations, caused by the motion of the Earth around the Sun. Each oscillation corresponds to one year.

In addition, the presence of a planet orbiting the star perturbs its motion, and this perturbation (shown in brown) is reflected in the star's path across the sky.