Star's wobble due to orbiting planet

Star's wobble due to orbiting planet 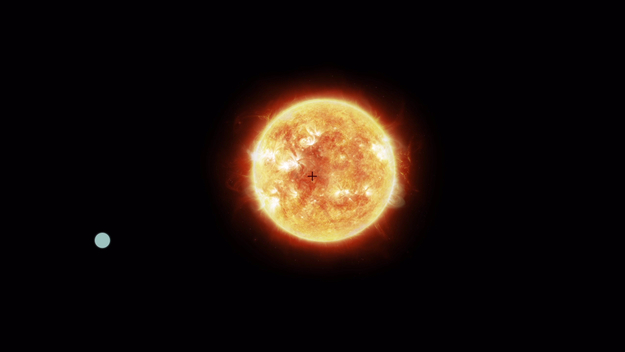 The motion of the star, wobbling around the centre of mass, can be detected either via astrometry, by measuring how the star's position varies over time, or via the radial velocity technique, by measuring periodic shifts of absorption lines in the spectrum of the star.

Star and planet orbiting their common centre of mass